From the Associated Press:

After more than two years of the Donald Trump presidency, Andrea Petrusky is ready for some fundamental changes in the way the United States government works.

"Right now we're being shown all of the loopholes, the president being able to do all the things that no president should," said Petrusky, a 46-year-old elementary school teacher in a Seattle suburb. "It's time to update what he's allowed to do and not do. I think it's time to toddler-proof the presidency."

Petrusky is not alone in yearning for big changes to the way the United States government is structured. A new survey by the University of Chicago Harris School for Public Policy and The Associated Press-NORC Center for Public Affairs Research shows that 54% of Americans think the system needs major changes and 12% believe it should be completely replaced. 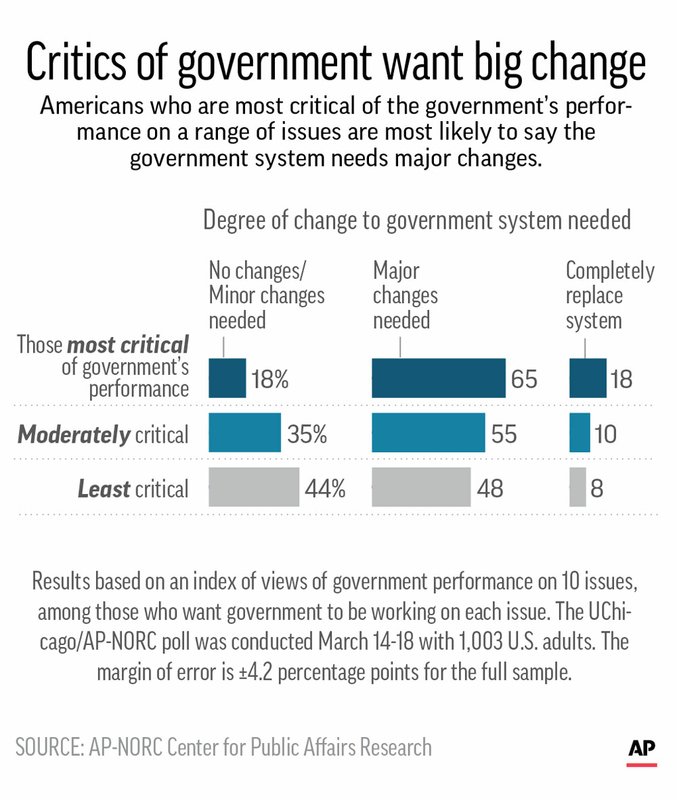 Continue reading at the Associated Press...

'Bitcoin to Re-Price 10x Higher, Starting as Soon as May 13'

Mark your calendar for May 13. That's when cryptocurrency expert Eric Wade says, "Bitcoin will re-price 10x higher in a one-time-only event. It's the best profit opportunity I've ever seen." Go here to see his shocking prediction.

Politics & War
Where was China in Democratic debates?

"It's easy to see why Democrats don't talk much about America's political and military relationship with Beijing."

"This year's index has found that innovation is blossoming despite the global economic slowdown, particularly in Asia."

"Americans' concern about immigration has reached a high point in Gallup's measurement of the issue, at least based on the percentage of U.S. adults who perceive the issue to be the most important problem facing the country. ..."