Investors haven't been this pessimistic since the global financial crisis of 2008.

That's according to a Bank of America Merrill Lynch survey of money managers with $528 billion between them. Equity allocations saw the second-biggest drop on record, while cash holdings jumped by the most since the 2011 debt-ceiling crisis, the June poll showed. Concerns about the trade war, a recession and "monetary policy impotence" all contributed to the bearish sentiment, Bank of America said. 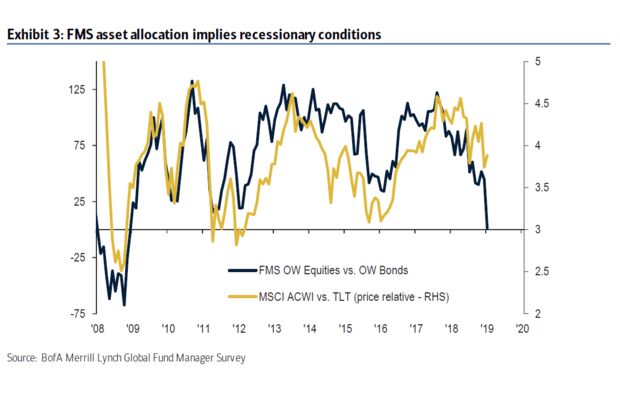 Dr. Eifrig just showed thousands of viewers how to use his most powerful trading strategies to "boost" potential gains on nearly any stock by 10 times or more. For a limited time, you can go here to see the replay.