The controversial topic of the first babies born from gene-edited embryos was one of the most censored on Chinese social media last year, according to researchers at the University of Hong Kong.

On 11 February, media researchers Marcus Wang and Stella Fan posted an article to the news website Global Voices in which they describe a censorship project they are part of called WeChatscope.

WeChatscope, they say, tracks articles that have been deleted from 4000 public accounts on WeChat, China's most popular social-media platform, which has an average of 500,000 users a day. The project preserves deleted posts in a database.

Wang and Fan say the team carried out an analysis using a computer program to scan roughly 11,000 articles that had been censored in 2018 for common keywords, which they used to create a list of the top ten most sensitive topics. 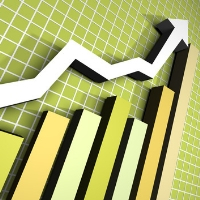 "Capitalizing on the growing popularity of genetic testing â and fears of terminal illness â scammers are persuading seniors to take two types of genetic screenings."

"A software engineer in Seattle hacked into a server holding customer information for Capital One."

"There have been countless instances of recordings featuring private discussions between doctors and patients, business deals, seemingly criminal dealings, sexual encounters, and so on."