The Markets
Americans worry about retirement, but not as much as Europeans
AA

If you're worried about saving enough for retirement, you've got company all over the world.

A new survey shows that even workers in countries with strong social safety nets fret over their financial futures. ING surveyed almost 15,000 people in Europe, the U.S., and Australia, and found the majority worry whether they'll have enough money in retirement.

Those with the gloomiest outlooks are in Spain and France, where more than two out of three people said they're concerned. The most optimistic about their retirement prospects are the Dutch. In the U.S., 62 percent of respondents said they worried about having enough to retire on. 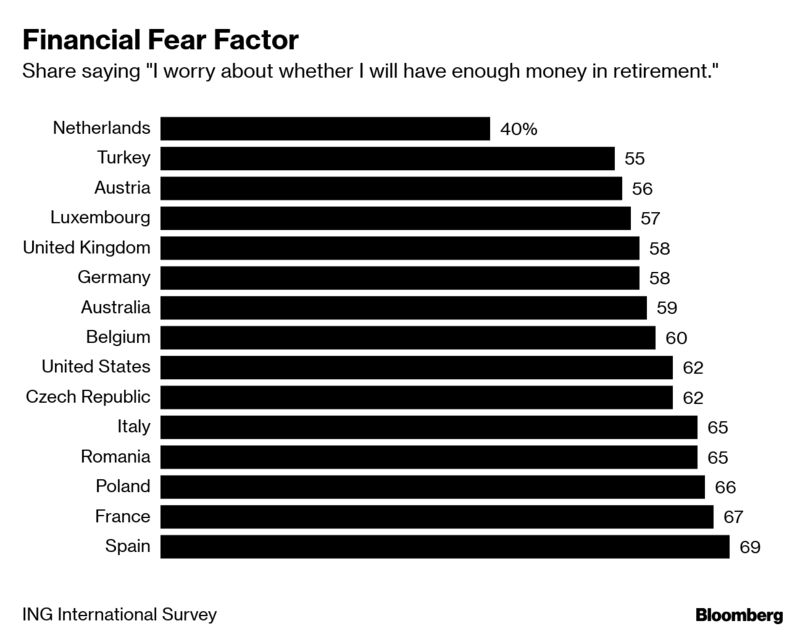 Radical 5-part system designed to make sure that you have EVERYTHING you need to profit from stocks in 2019, no matter where markets head next. But you only have until MIDNIGHT tonight to get access.